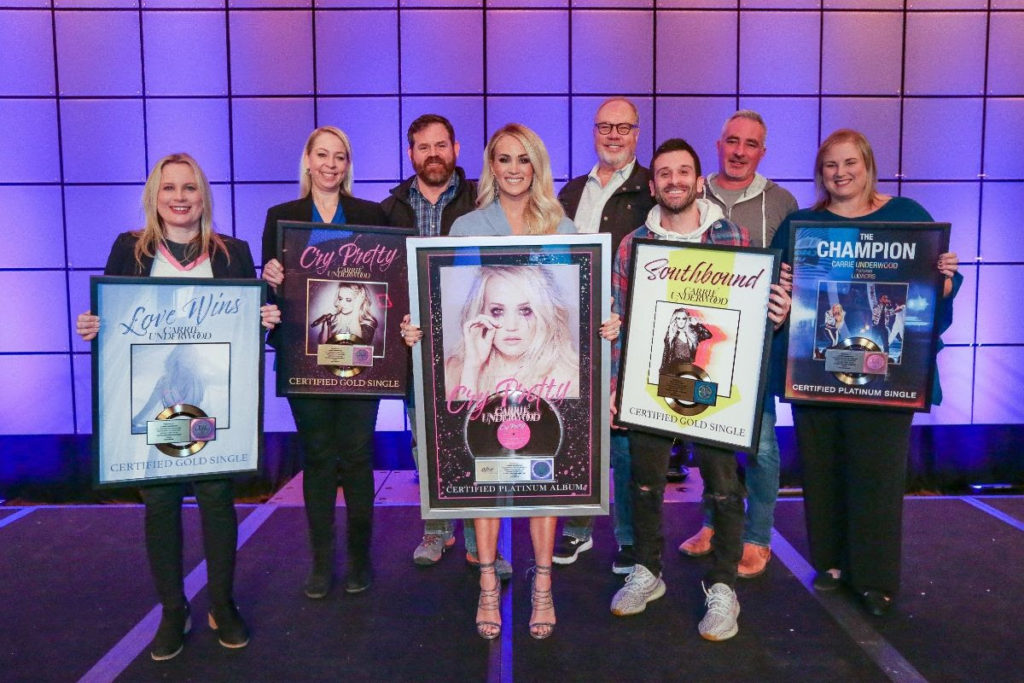 NASHVILLE, Tenn. – Global superstar Carrie Underwood celebrated the RIAA Platinum certification of her latest album, Cry Pretty, as well as, four certified singles from the album this past Friday in Nashville. Following her CRS (Country Radio Seminar) Artist Interview at the Omni Hotel, Underwood was surprised onstage with a Platinum plaque from UMG Nashville CEO & Chairman, Mike Dungan, and President, Cindy Mabe, for her sixth studio album and the first she co-produced alongside David Garcia.

“Cry Pretty is an album of risk and boundary pushing,” shares Cindy Mabe. “Carrie put her whole heart, raw emotion and personal story into writing, producing and releasing the music from this album for the world to see behind the curtains. Cry Pretty is Carrie’s artistic evolution and provides a chance for fans to see her at her most vulnerable and raw, so celebrating Platinum status is such an incredible gift that proves big risk gives way to big reward.”

When surprised with the Platinum plaque by Dungan and Mabe, Underwood said, “This means a lot, because I feel like this is the project that I’ve done, and the album that I’ve done, that is the most ‘me.’ I’m honored and I’m humbled, and God is good.”

The critically-acclaimed album debuted at No. 1 on the Billboard 200 chart, cementing her place in history as the only woman to land four country albums at the top of the all-genre Billboard 200 chart. The album was the best-selling all-genre female debut in 2018 and she continues to hold the record as RIAA’s #1 certified female artist for Digital Singles. Four singles from Cry Pretty have also been certified by the RIAA including the Platinum-certified “The Champion” and the Gold-certified “Cry Pretty,” “Love Wins” and “Southbound.” 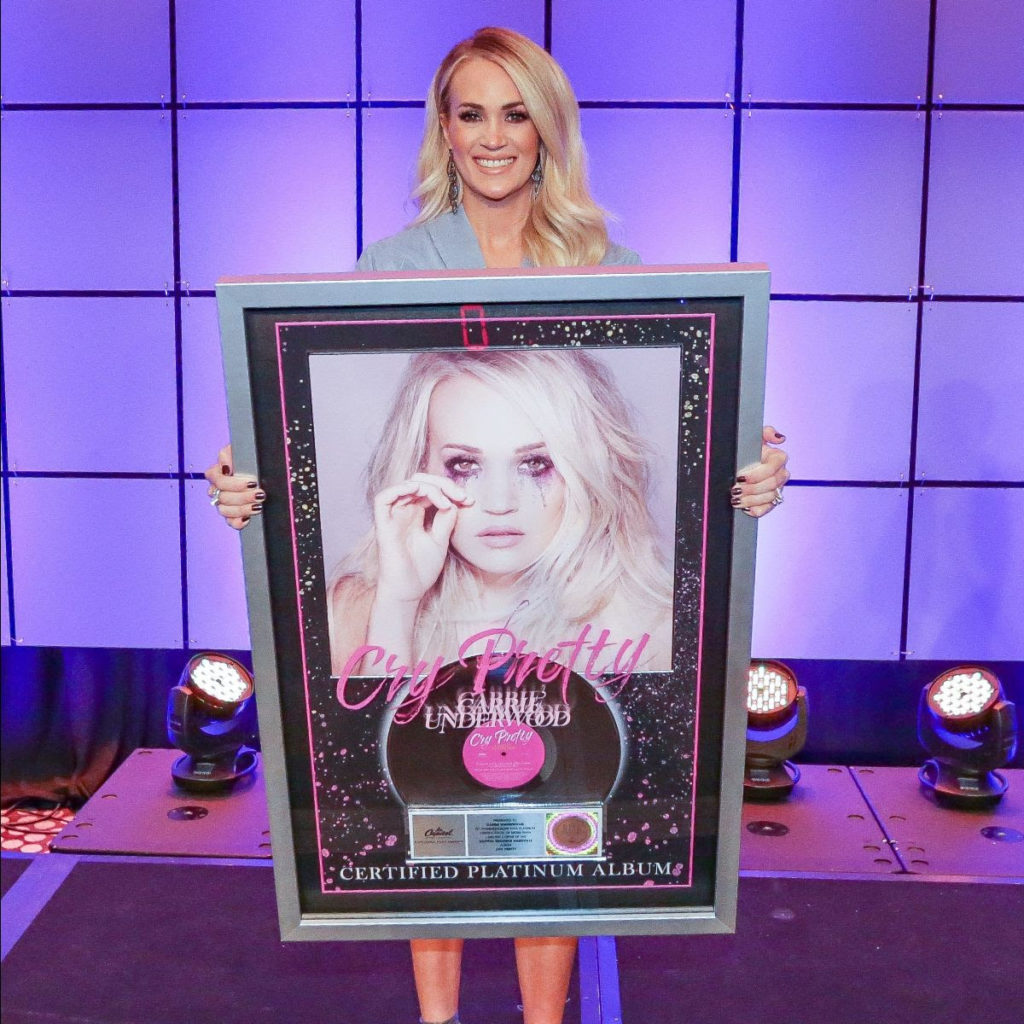 NPR declared that Cry Pretty “…pushes her creative boundaries and leans into modern R&B, while retaining the Oklahoma singer-songwriter’s country roots,” while Rolling Stone lauded Underwood as “Arena country’s mightiest voice, as Cry Pretty reaffirms.” Entertainment Weekly called the album, “Her most emotionally accessible work to date” and USA Today stated, “she has never sounded better than on Cry Pretty.”

On March 3, HarperCollins/Dey Street Books will publish Carrie’s first book, FIND YOUR PATH: Honor Your Body, Fuel Your Soul, and Get Strong with the Fit52 Life, a fitness lifestyle book in which she shares her belief that fitness is a lifelong journey. Underwood’s goal is to provide a common-sense approach to staying active, eating well, and looking as beautiful as you feel, 52 weeks a year.