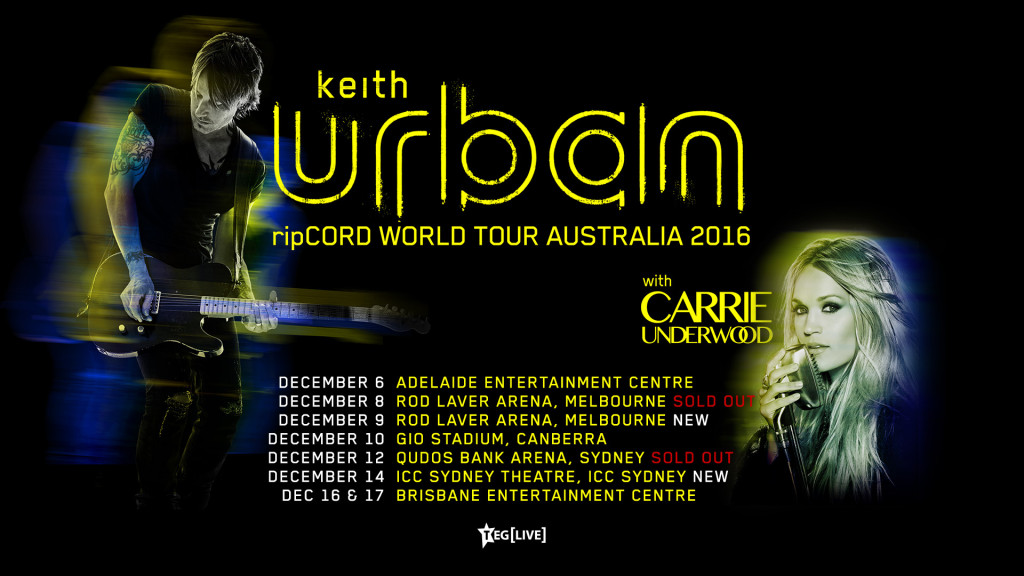 Two more dates are added to the Australia tour to satisfy demand after Sydney and Melbourne dates sell out! Below is the updated schedule of Keith Urban’s “ripCORD World Tour Australia 2016” which Carrie will join this December.