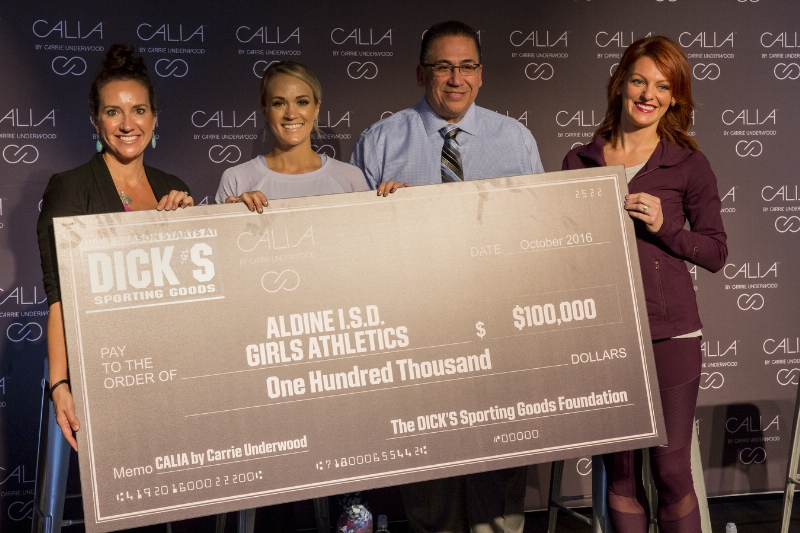 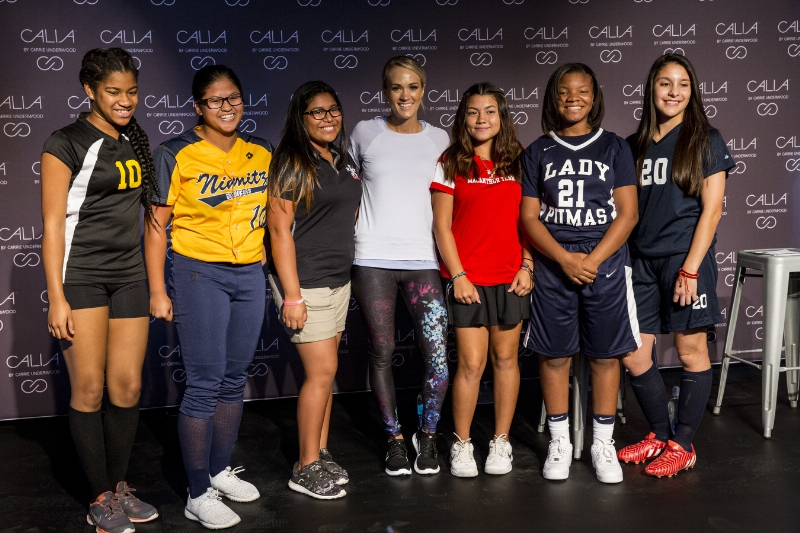 Since 2014, The DICK’S Sporting Goods Foundation has pledged over $50 million to support teams and raise awareness of the importance of youth sports across the country through its Sports Matter initiative.

Earlier this year CALIA by Carrie Underwood, in partnership with The DICK’S Foundation, announced plans to donate $500,000 in Sports Matter grants to girls youth sports teams across the country. The first grant was awarded in June in Underwood’s hometown to Checotah (Okla.) School District Girls’ Athletic programs.

Today, in Houston, Underwood and The DICK’S Foundation surprised A.I.S.D. female student-athletes and coaches with a $100,000 Sports Matter grant during a CALIA by Carrie Underwood meet and greet and fitness event at a DICK’S Sporting Goods new store grand opening celebration at the Baybrook Mall.

“I am so honored to partner with The DICK’S Sporting Goods Foundation as we continue to give back to girls sports teams across the country,” said Underwood. “Through today’s donation, we aim to support the girls’ athletic programs in Houston, providing many girls with the opportunity to participate in sports.”

The DICK’S Foundation will be partnering with Athletic Director, Richard Delgado, and Program Director of Resource Development, Stacey Smith, to allocate the Sports Matter grant across A.I.S.D. to the girls’ sports teams.

“At DICK’S, we believe sports make people better, and through this partnership, we are proud to provide more opportunities for girls to play sports throughout the Aldine Independent School District,” said DICK’S Chairman & CEO Edward W. Stack. “The DICK’S Foundation and our CALIA by Carrie Underwood brand look forward to this $100,000 grant making a difference in many girls’ lives.”