Carrie helped kick off the 55th Annual ACM Awards performing “Before He Cheats” from the Grand Ole Opry House as part of the show’s opening along with fellow Entertainer of the Year nominees. In celebration of the 95th anniversary of the Grand Ole Opry, Carrie honored trailblazing female Opry members by performing a medley of songs including Patsy Cline’s “Crazy,” Loretta Lynn’s “You Ain’t Woman Enough (To Take My Man),” Barbara Mandrell’s “I Was Country When Country Wasn’t Cool,” Dolly Parton’s “Why’d You Come In Here Lookin’ Like That,” Reba McEntire’s “The Night the Lights Went Out In Georgia,” and Martina McBride’s “A Broken Wing.” 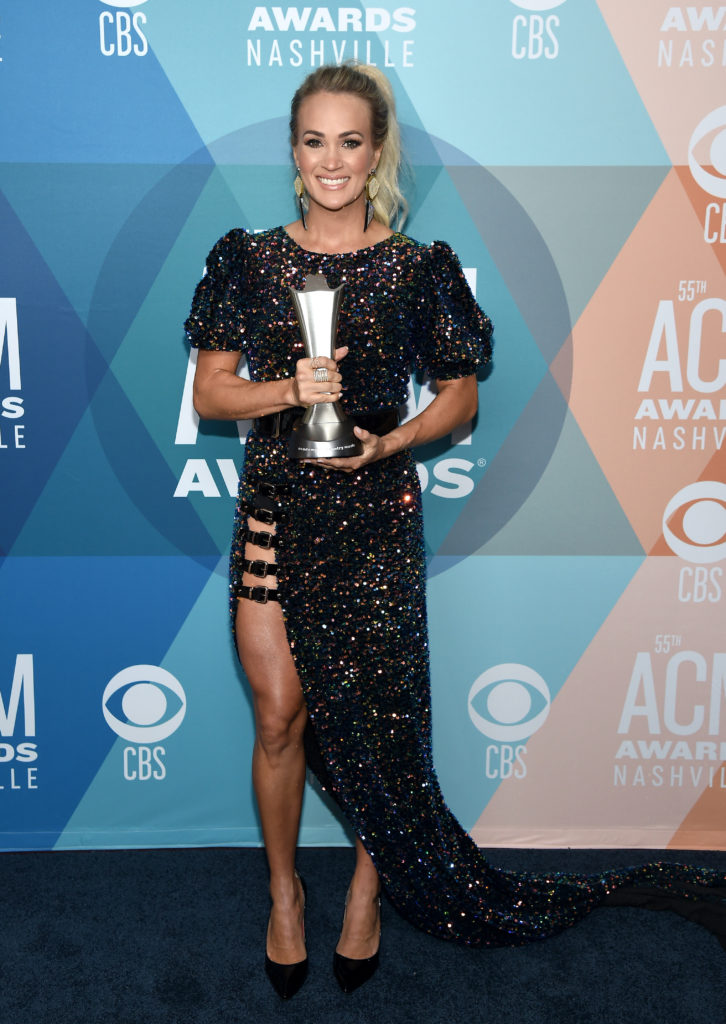 Photo Credit: Getty Images/Courtesy of the Academy of Country Music