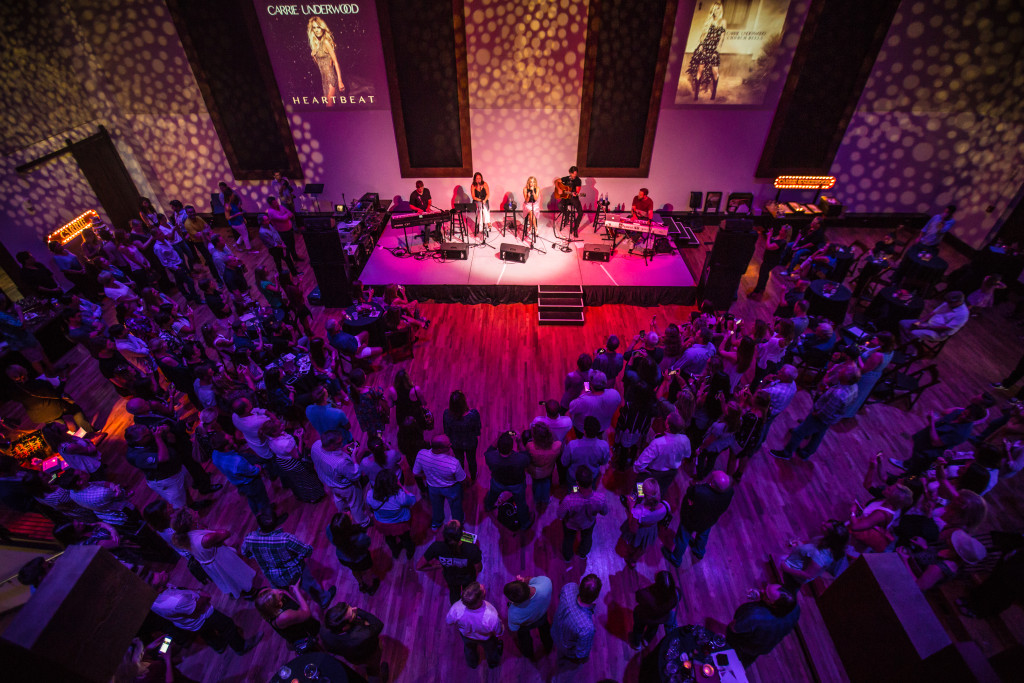 NASHVILLE, Tenn. (August 13, 2016)  Carrie Underwood and the co-writers of her #1 hits “Heartbeat” and “Church Bells” celebrated the double success with music industry executives, family, and friends this past Thursday in downtown Nashville at the historic Bell Tower. “Heartbeat” was written by Carrie, Zach Crowell and Ashley Gorley, and was produced by Zach Crowell. “Church Bells” was written by Zach Crowell, Brett James and Hillary Lindsey, and produced by Mark Bright.

After the presentations and speeches, the writers treated the audience to a very special performance of the #1 hits as well as Carrie’s new single, “Dirty Laundry,” which happens to be written by Crowell, Lindsey, and Gorley.  This talented group closed with a beautiful rendition of Underwood’s very first country smash hit, “Jesus, Take the Wheel,” which was co-written by James and Lindsey.

Highlights from the event can be viewed here: https://youtu.be/WJ4iEiK9wi4

Underwood heads to Anchorage, Alaska on Aug 31 to kick off the fall leg of her Storyteller Tour, which Billboard reported as the #1 country tour so far this year.