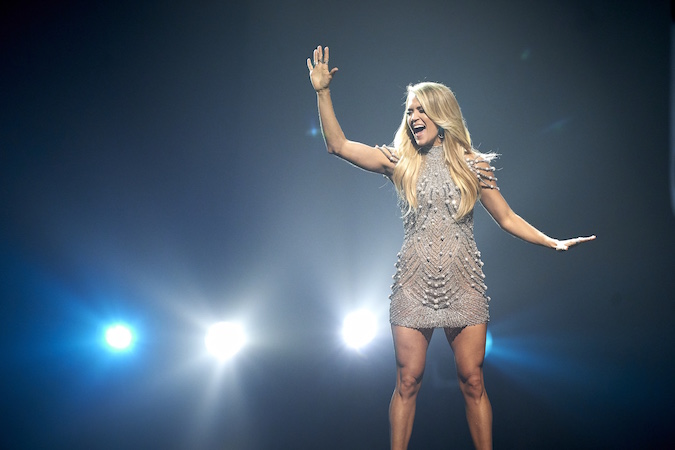 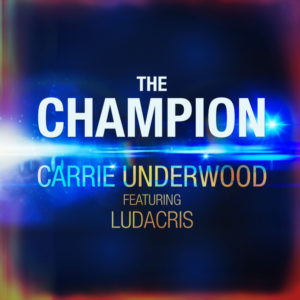 Nashville, TN – Multi-platinum superstar Carrie Underwood will open NBC’s Super Bowl LII on February 4 with a video filmed last year for her anthemic song, “The Champion,” released globally today. Underwood, who has been the face and voice of NBC’s Sunday Night Football show open for the last five seasons, co-wrote “The Champion” last year with fellow songwriters Brett James, Chris DeStefano, and Christopher Bridges PKA Ludacris, who Underwood asked to collaborate on the event song produced by Jim Jonsin. NBC Sports will also incorporate “The Champion” into its coverage of the 2018 Olympic Winter Games.

“When we met with Carrie last year to discuss the Super Bowl open, we each brought ideas. Carrie presented first. After she spoke, we looked at each other and said ‘that’s the one,’” said Fred Gaudelli, Executive Producer of NBC Sunday Night Football and the network’s Super Bowl LII presentation. “Later on, our Olympics producers listened to ‘The Champion’ and decided that it would be a perfect complement for our Winter Games coverage. We are excited to highlight ‘The Champion’ in two events on the global stage in February.”

“When we were writing ‘The Champion,’ our main focus was to celebrate athletes at the top of their game, but we also wanted the song to resonate with people in their everyday lives,” explains Carrie Underwood.  “We hope the lyrics will inspire people to push themselves beyond their limits to conquer anything they are trying to accomplish or overcome. There’s a champion in every single one of us!”

Ludacris says, “It was a pleasure to collaborate with Carrie for this inspirational song.”

The lyric video and playlist for “The Champion” are available now.

Underwood is currently in the studio working on her next album which will be released on Capitol Records Nashville.