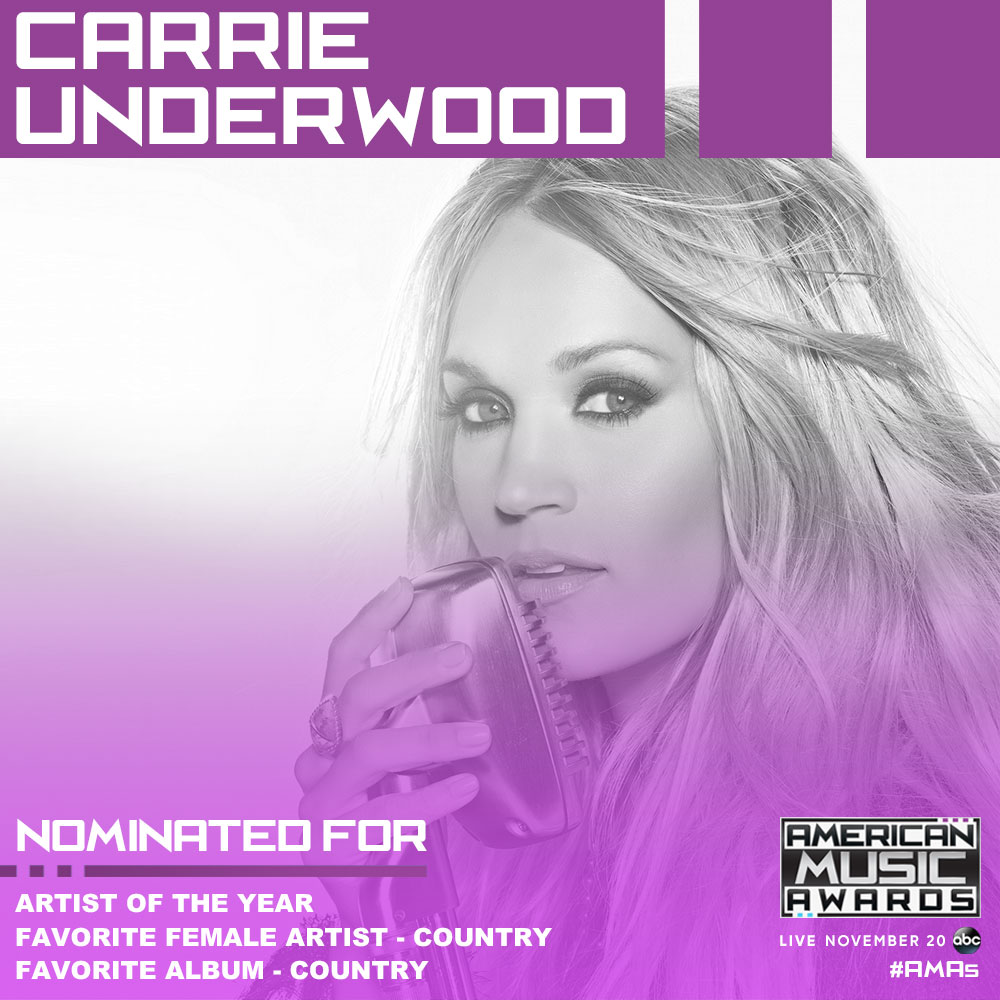 Congratulations to Carrie on her American Music Award nominations for Artist of the Year, Favorite Female Artist – Country, and Favorite Album – Country!

Help Carrie win by voting daily at AMAvote.com or on Twitter between now and November 14th.