Underwood’s Some Hearts Goes 8x Multi-Platinum, the Highest Album Certification of Any Country Artist to Emerge Since 2000! 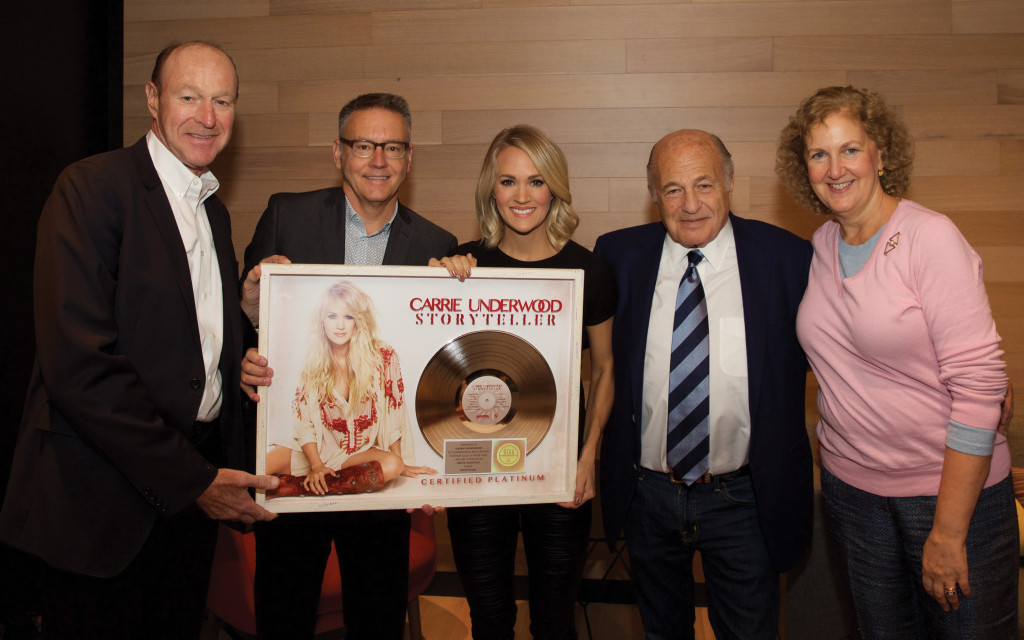 Nashville, TN – More than a decade into her career, 19 Recordings/Arista Nashville superstar Carrie Underwood remains a consistent fan-favorite, as the CMA Entertainer of the Year nominee becomes the RIAA’s highest certified country album artist to debut this century, amid a wave of new RIAA album certifications across her entire studio catalog.

Of all country albums now RIAA certified at 8 million or more, Underwood’s 2005 debut stands as the youngest in the tally, also earning her the distinction of the highest album certification of any country artist to emerge since 2000.

Having played to more than 800,000 fans so far since its launch, Underwood is currently headlining The Storyteller Tour – Stories in the Round through the end of November, including tomorrow night’s sold out show at Madison Square Garden. From there the tour will stop for shows in Albany, NY and Uncasville, CT before taking a brief break from the tour for Carrie to return to Nashville where, on November 2nd, she’ll join Brad Paisley as the CMA Awards co-host for a ninth consecutive year. The 50th Annual CMA Awards airs live from Nashville’s Bridgestone Arena at 8 PM/ET on ABC. This year, Underwood garnered her first nomination for the coveted CMA Entertainer of the Year award, as well as nominations for Female Vocalist of the Year, Album of the Year for Storyteller, and Musical Event of the Year with Keith Urban for “The Fighter.”