Nashville, TN – (May 18, 2016) Seven-time GRAMMY® Award winner Carrie Underwood performed a sold out 360-degree show last night at Rosemont, IL’s Allstate Arena with more than 16,000 fans attending.  The Storyteller Tour-Stories in the Round, which wraps its first leg on May 30, has played sold out arenas across the US and in Europe since January. 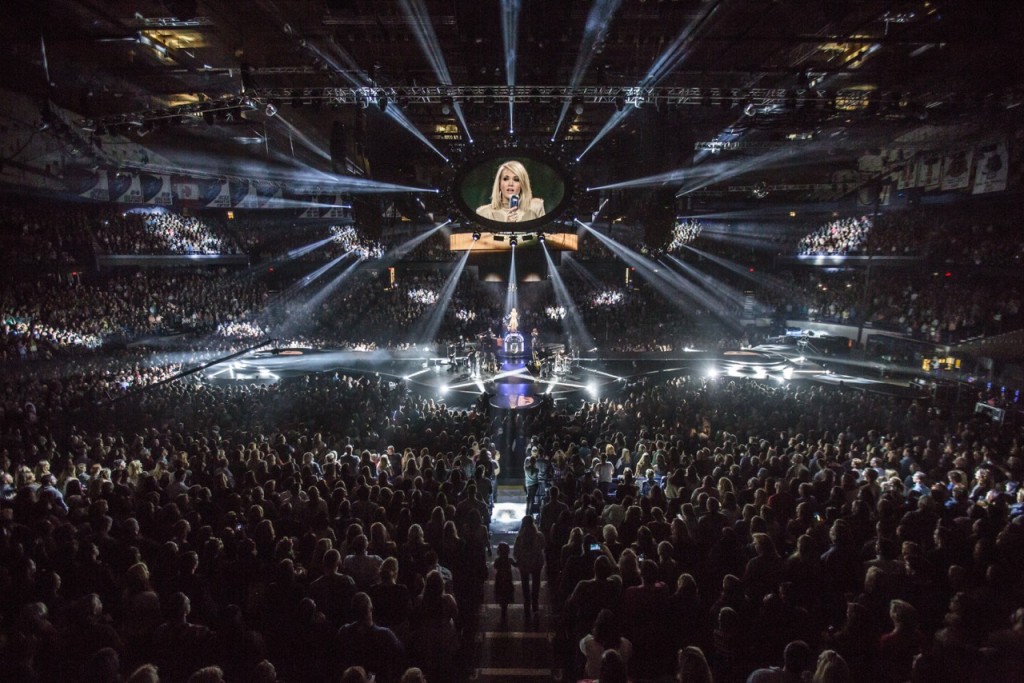