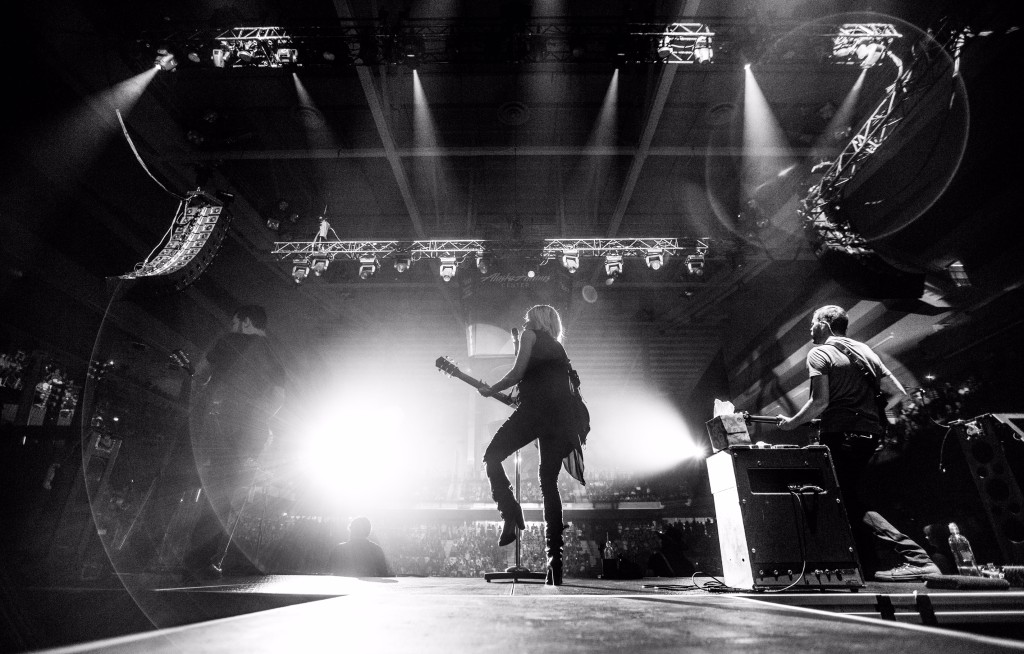 Carrie Underwood kicks off the fall leg of The Storyteller Tour with a sold-out show in Anchorage, Alaska. Photo credit: Jeff Johnson

NASHVILLE, Tenn – (September 6, 2016) – Seven-time Grammy winner and Pollstar’s three-time top female country touring artist, Carrie Underwood, has launched the fall leg of “The Storyteller Tour – Stories in the Round.” She played Anchorage, AK for the first time and in front of a sold-out audience, and then continued on to Spokane, WA for another sold out show this past weekend. View highlights from the Anchorage show here and the Spokane show here.

Carrie received four CMA Award nominations last week including her first ever nomination for the coveted Entertainer of the Year award.  She also received nominations for Female Vocalist of the Year, Album of the Year forStoryteller, and Musical Event of the Year with Keith Urban for “The Fighter.”  Carrie was in Alaska when she got the news of her nominations and immediately took to twitter: This morning I feel happy, excited, blessed, surprised, humbled, & incredibly thankful. Nothing like waking up to great news! @CountryMusic Carrie will return for the ninth consecutive year as co-host for “The 50th Annual CMA Awards, November 2, (8:00 – 11:00PM/ET) on the ABC Television Network.

Billboard ranked “The Storyteller Tour” the #1 country tour for the first half of 2016. During that time the tour rolled in to 47 cities as well as seven different countries, playing to nearly 600,000 people since the tour launchedJanuary 30 in Jacksonville, FL. The dramatic in-the-round stage production has been seen by 360-degree sell-out arena crowds across North America in cities such as Pittsburgh, Philadelphia, Boston, Washington DC, St. Louis, Denver, Phoenix, San Antonio, Houston, Chicago, Toronto to name just a few. The tour crossed from one coast to the other coast and cities in between as well as traveling overseas to play in Sweden, Norway, Scotland, England, and Ireland as part of Country to Country (C2C), Europe’s biggest country music festival.