Carrie to Perform on the 2021 ACM Awards

The Academy of Country Music®, dick clark productions and CBS announced that Carrie will be part of the superstar performance lineup for the 56TH ACADEMY OF COUNTRY MUSIC AWARDS™, airing live on Sunday, April 18 (8:00-11:00 PM, live ET/delayed PT) on the CBS Television Network and will be available to stream live and on demand on Paramount+. 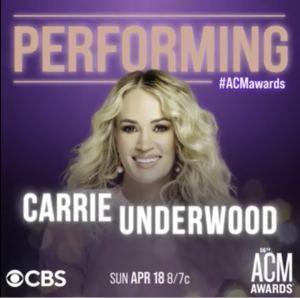