Seven songs from My Savior debuted on the Country Songs Track chart:  “How Great Thou Art,” “Amazing Grace,” “Just As I Am,” “Because He Lives,” “Victory In Jesus,” “The Old Rugged Cross” and “Blessed Assurance.”

The success of My Savior comes on the heels of Carrie’s first-ever Christmas album, My Gift, which debuted #1 across multiple global charts, including Billboard Country, Christian and Holiday charts.  The album remained at #1 on the Christian chart 11 weeks after it was released and debuted #1 on the UK country chart (her fifth #1 on the chart) and #1 on the Canadian country chart.  It went on to reclaim the #1 spot on the Billboard Country chart in the U.S. for a third non-consecutive week, and consistently remained in the Top 5 on the Billboard Holiday Album Chart throughout the holidays, hitting #5 on the all-genre Billboard Top 200.

Yesterday, Carrie was featured on CBS Sunday Morning, watch here, where she discussed the impact of her faith and the process of making My Savior. Her virtual concert event, “My Savior: Live From The Ryman,” streamed live globally on Facebook on Easter Sunday (April 4) from the iconic, Ryman Auditorium in Nashville, TN, also known around the world as the “Mother Church of Country Music.” Fans can watch the performance, which benefitted Save the Children, here as it will remain exclusively on Facebook for a limited time.

My Savior consists of covers of some of Carrie’s favorite traditional gospel hymns in a unique pastiche of musical styles from classic country to folk, bluegrass, and gospel.  The album will be available on vinyl April 30.  My Savior is co-produced and arranged by Carrie and GRAMMY® Award winner David Garcia, with whom she co-produced her critically acclaimed 2018 album Cry Pretty, her seventh album to be certified Platinum or Multi-Platinum by the RIAA. Garcia is a multi-platinum selling, four-time GRAMMY® Award-winning record producer and songwriter. 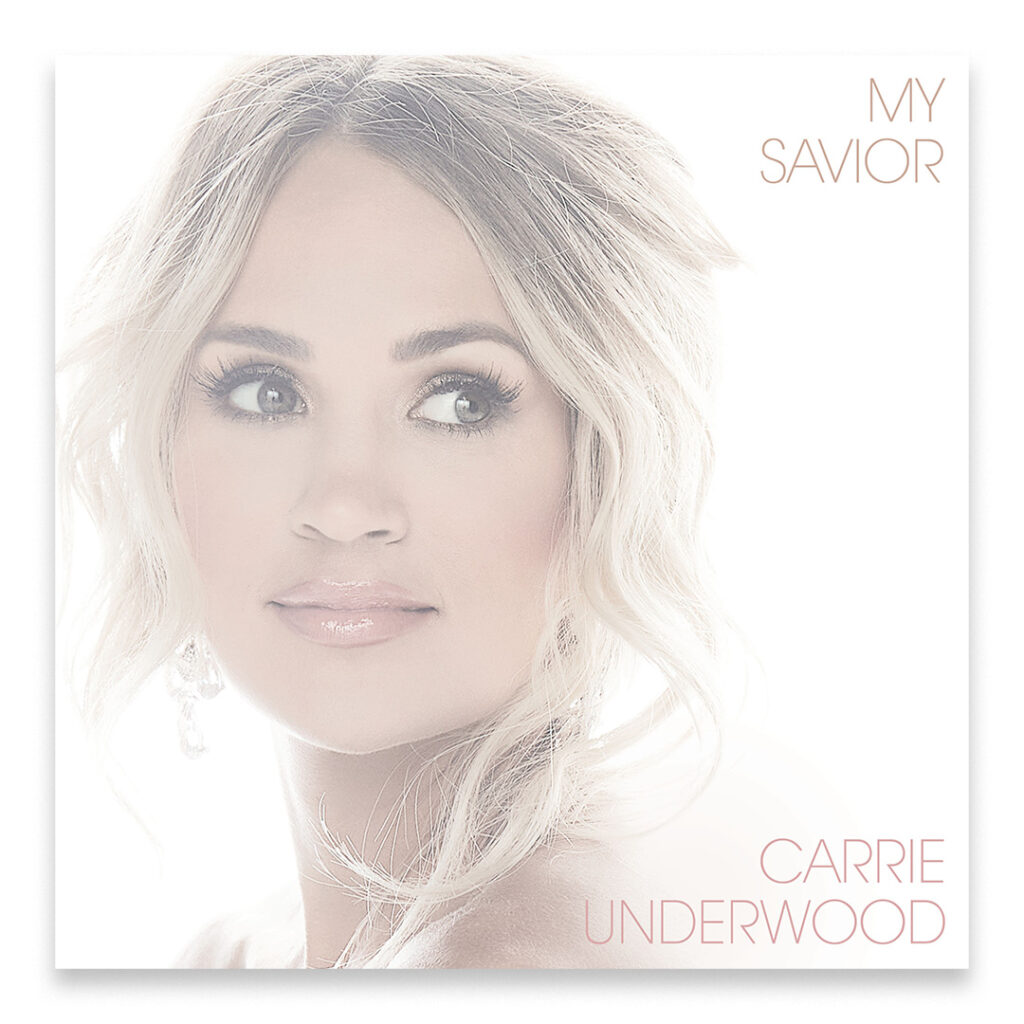