HBO Max debuted today the trailer for Carrie’s new music special “My Gift: A Christmas Special From Carrie Underwood.” In the Max Original, Carrie performs a combination of beloved traditional favorites celebrating the joy and hopefulness of the holiday, as well as new original material from her first ever full-length Christmas album “My Gift,”. On the special, she is accompanied by her band, as well as a live orchestra and choir, conducted by Carrie’s longtime friend, Emmy® Award-winning musical director Rickey Minor.

The special features many heartfelt moments and performances, including a duet with John Legend, singing “Hallelujah,” an original song he co-wrote with Toby Gad, which appears on her “My Gift” album. Viewers will also get an inside look behind the scenes of Carrie recording “Little Drummer Boy” with her five-year-old son Isaiah.

“My Gift: A Christmas Special From Carrie Underwood” is produced by Playtone, and will be available to stream starting Thursday, Dec. 3 on HBO Max. 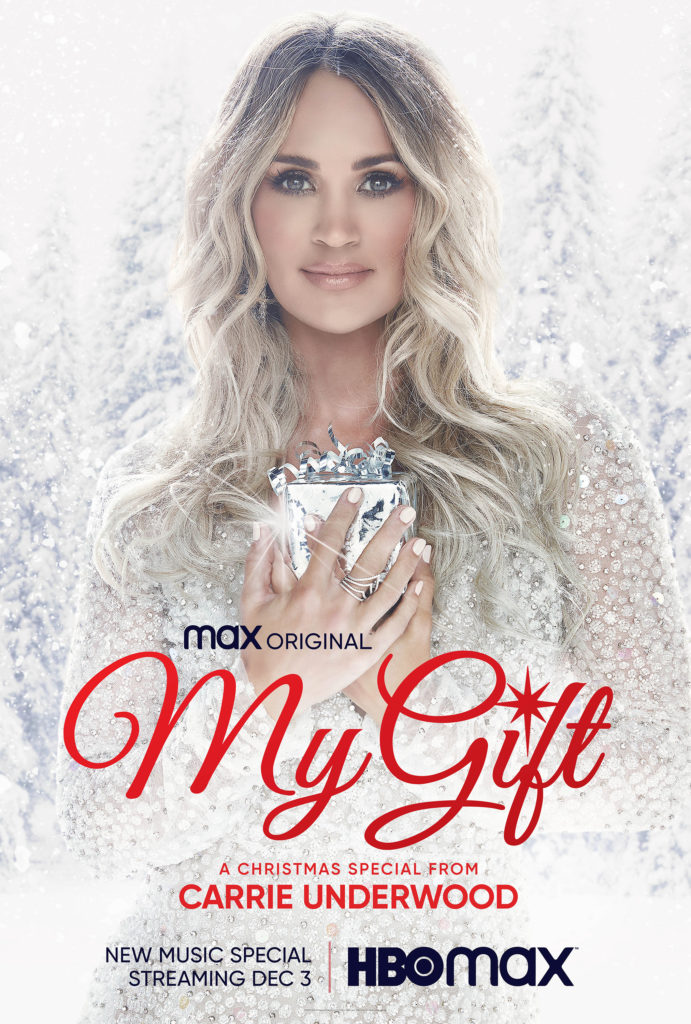