Carrie releases her new album, My Savior, worldwide today, listen here. In celebration, Carrie will appear on NBC’s TODAY during the 8am hour, including a performance of “Just As I Am,” followed by the 10am hour with a performance of “Victory In Jesus” today (Friday, March 26).  Carrie will be seen on Australia’s #1 National Breakfast Variety and Light Entertainment Program, Sunrise, and will be featured on CBS Sunday Morning, scheduled to air on Sunday, April 4 (Easter Sunday).

My Savior consists of covers of some of Carrie’s favorite traditional gospel hymns in a unique pastiche of musical styles from classic country to folk, bluegrass, and gospel.  The album is available digitally and on CD today and will be available on vinyl April 30.  My Savior is co-produced and arranged by Carrie and GRAMMY® Award winner David Garcia, with whom she co-produced her critically acclaimed 2018 album Cry Pretty, her seventh album to be certified Platinum or Multi-Platinum by the RIAA. Garcia is a multi-platinum selling, four-time GRAMMY® Award-winning record producer and songwriter.

Carrie will bring her new album, My Savior, to life with “My Savior: Live From The Ryman,” a virtual live concert performance from the iconic, Ryman Auditorium in Nashville, TN, also known around the world as the “Mother Church of Country Music.”  Carrie will be performing the gospel hymns she grew up singing for this special virtual concert event, which will stream live globally on her official Facebook page at 11:00 AM Central Time on Easter Sunday April 4th, with donations benefiting Save the Children.  The free event will feature special appearances by CeCe Winans, the best-selling and most-awarded female gospel artist of all time, who duets with Carrie on “Great Is Thy Faithfulness” and singer/songwriter Bear Rinehart, frontman of the rock band, NEEDTOBREATHE, who joins Carrie to sing on another traditional hymn, “Nothing But The Blood Of Jesus.”  Southern gospel and harmonica legend Buddy Greene and 10-time CMA Musician of the Year Mac McAnally, both of whom played on the album, will also appear with Carrie.

Other tracks on My Savior include beloved hymns “Nothing But The Blood Of Jesus,” “Blessed Assurance,” “Just As I Am,” “Victory In Jesus,” “O How I Love Jesus,” “Because He Lives,” “The Old Rugged Cross” and “I Surrender All,” all of which will be performed live by Carrie and her band and background vocalists on the legendary Ryman stage.  The event will also feature a string ensemble and gospel choir.

Fans can RSVP via Facebook here and “My Savior: Live From The Ryman” will remain exclusively on Facebook for 48 hours. 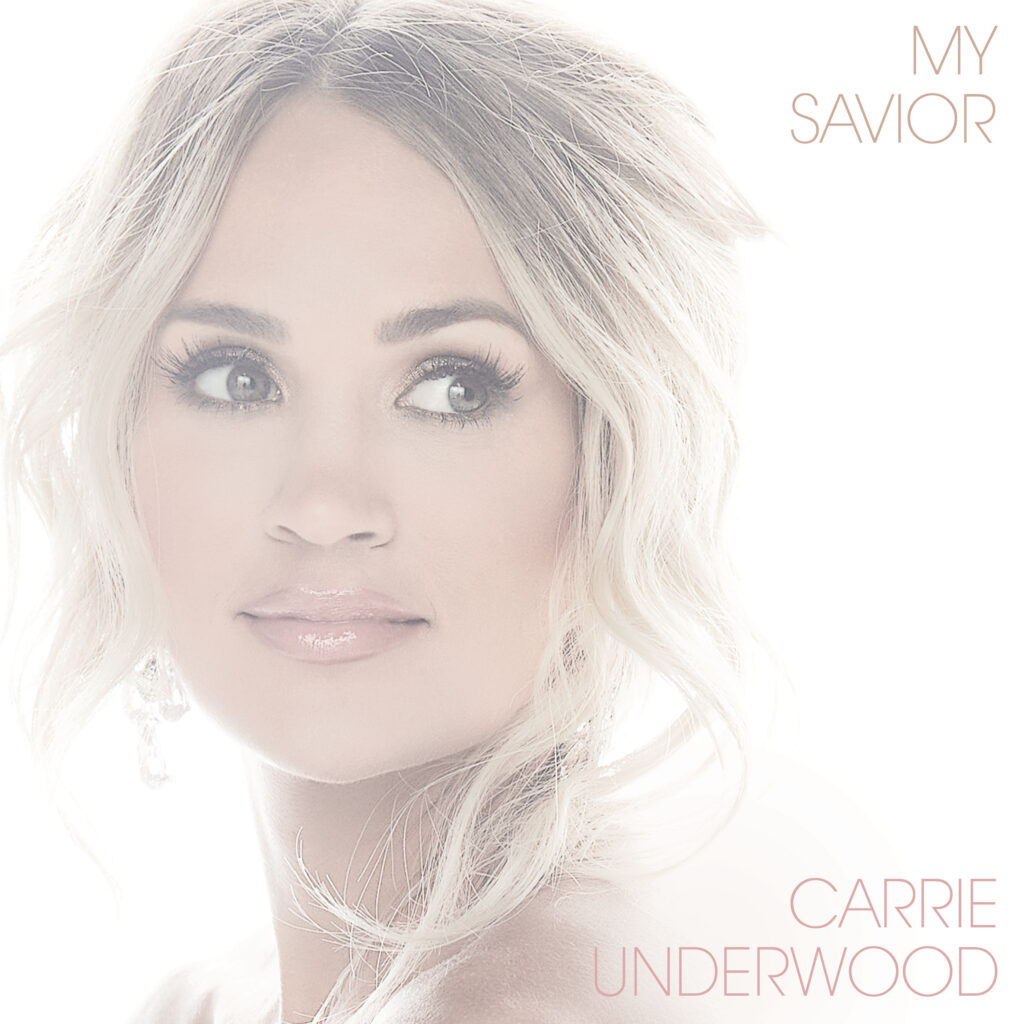 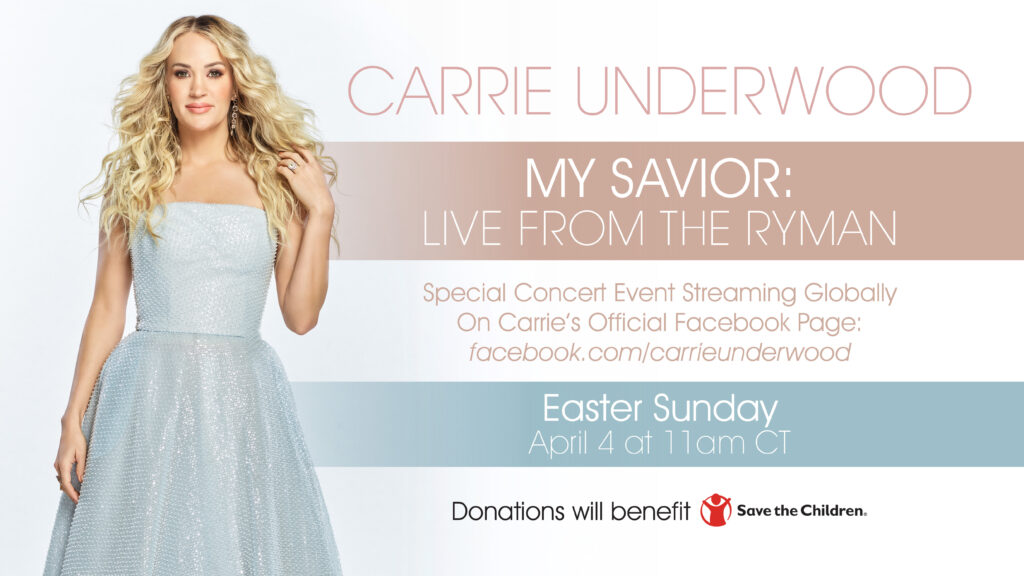