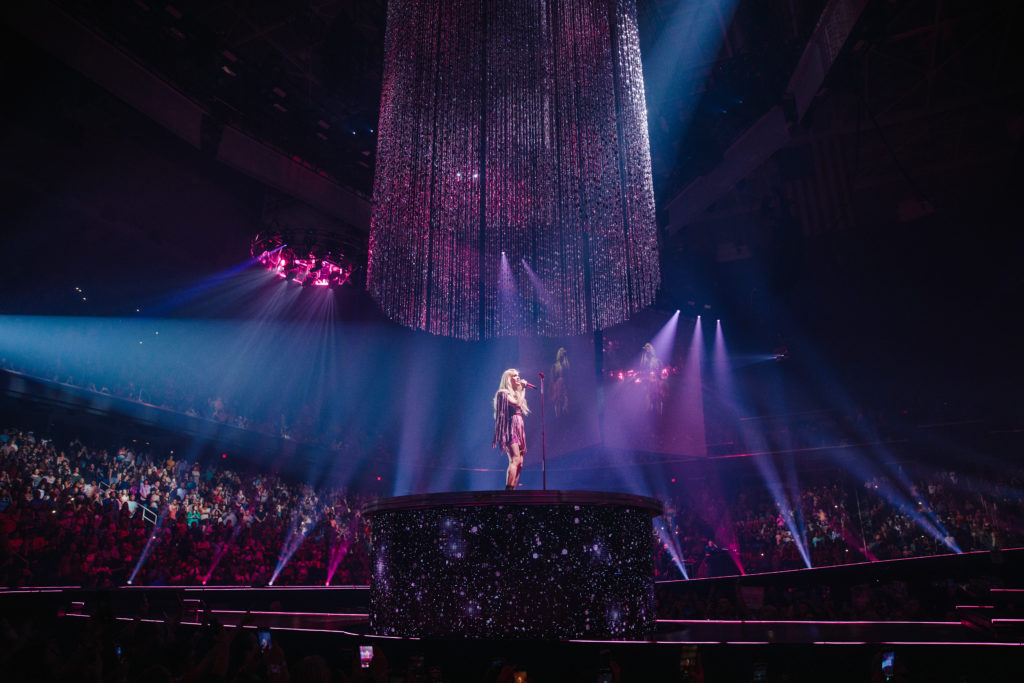 Seven-time Grammy Award-winning superstar Carrie Underwood, launched her new arena tour, THE CRY PRETTY TOUR 360, on May 1, 2019, with a sold-out show at the Greensboro Coliseum in Greensboro, NC. Sponsored by CALIA, the new tour will play 55+ arenas across the U.S. and Canada and is promoted by AEG Presents.

Underwood, a strong supporter of rising female artists, is joined on THE CRY PRETTY TOUR 360 by special guests Maddie & Tae and Runaway June. In addition to their own sets, both groups joined Underwood onstage for a tribute to some of the iconic country females that have paved the way for today’s artists.

Underwood’s two-hour set featured songs from her critically-acclaimed album, Cry Pretty, including the title track, her recent hit single, Love Wins, and the just-released Southbound, which had its broadcast debut on the recent ACM Awards and is the most-added single at country radio this week. She covers numerous hits spanning her spectacular 14-year career, including new arrangements and special mash-ups created for the tour. Another highlight of the show featured the winner of an ongoing contest wherein fans submit stories about what Underwood’s hit anthem, The Champion, means to them for the chance to join her on stage and perform the rap originated by Ludacris on the platinum track.