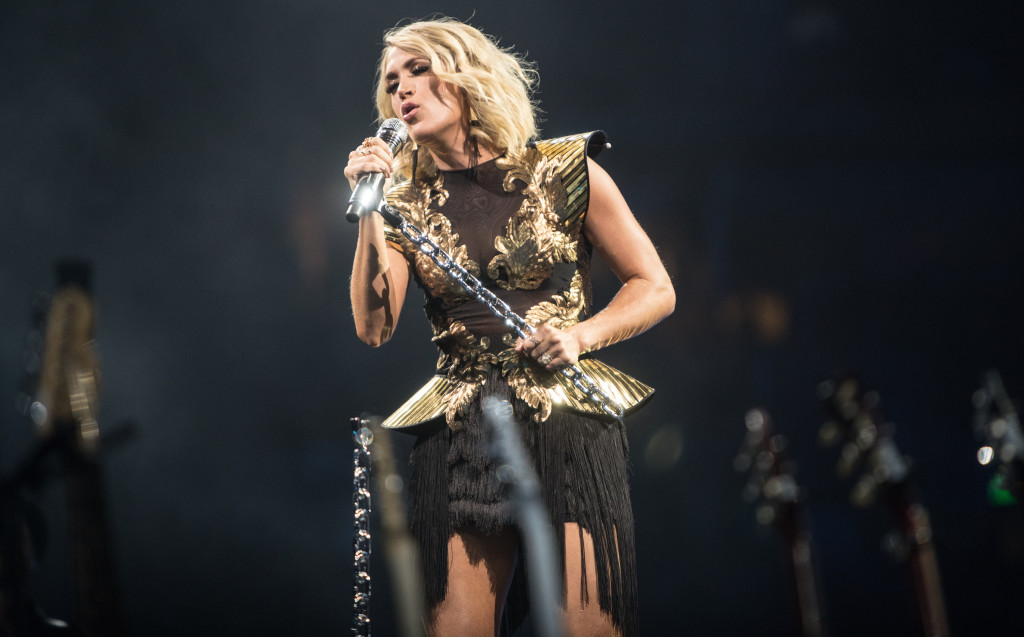 NASHVILLE, Tenn – (September 23, 2016) – CMA Entertainer of the Year nominee and Pollstar’s three-time top female country touring artist, Carrie Underwood, brought her “The Storyteller Tour – Stories in the Round” to Nashville’s Bridgestone Arena last night to a sold-out crowd of 15,000 fans. This is Carrie’s fourth consecutive headline tour to play the hometown venue, with previous tours including the “Carnival Ride Tour,” “Play On Tour,” and “The Blown Away Tour.” 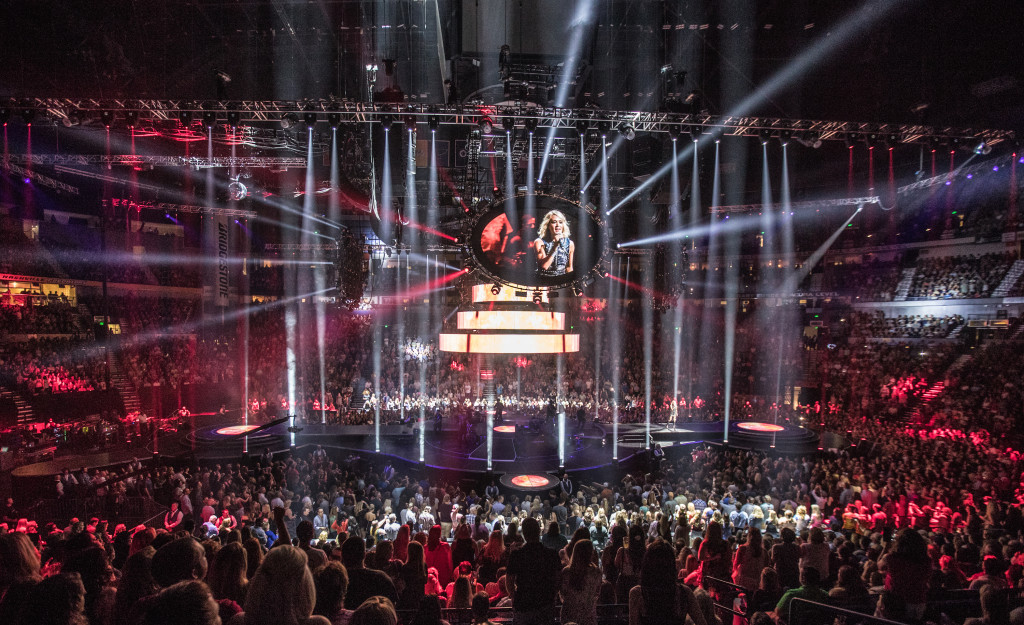 Nashville’s Tennessean said, Underwood makes sure that every song has its moment — and it’s clear that now is hers…(she) has blossomed into a confident, engaging headliner who can stomp her stilettos through edgy, feisty hits “Undo It,” “Last Name” and “Before He Cheats” yet be open and vulnerable while she reaches out to fellow moms before “What I Never Knew I Always Wanted.” She spent about two hours on the expansive stage in flawless voice, fostering connections with the fans in front of her without making the audience at her back feel left out. Underwood created drama with her outfit changes but easily outshined her sequins. She wasn’t upstaged by her jaw-dropping set — just bolstered by it.

“The Storyteller Tour” continues tomorrow in Columbia, South Carolina at the Colonial Life Arena and runs through November including four dates in Canada as well as a stop at NYC’s Madison Square Garden. The seven-time GRAMMY Award winner will join Keith Urban on his RipCORD World Tour 2016, playing arenas in New Zealand and Australia in the month of December.

Carrie will return to Bridgestone Arena to co-host “The 50th Annual CMA Awards,” November 2, (8:00 – 11:00PM/ET) on the ABC Television Network where she is nominated in the coveted CMA Entertainer of the Year category. She also received nominations for Female Vocalist of the Year, Album of the Year for her Storyteller album, and Musical Event of the Year with Keith Urban for “The Fighter.”

Billboard ranked “The Storyteller Tour” the #1 country tour for the first half of 2016. During that time the tour rolled in to 47 cities as well as seven different countries, playing to nearly 600,000 people since the tour launched January 30 in Jacksonville, FL. The dramatic in-the-round stage production has been seen by 360-degree sell-out arena crowds across North America in cities such as Pittsburgh, Philadelphia, Boston, Washington DC, St. Louis, Denver, Phoenix, San Antonio, Houston, Chicago, and Toronto to name just a few. The tour crossed from one coast to the other coast and cities in between as well as traveling overseas to play in Sweden, Norway, Scotland, England, and Ireland as part of Country to Country (C2C), Europe’s biggest country music festival.

The North American tour is promoted by AEG Live and includes special guests Easton Corbin and The Swon Brothers. Tickets are available now for the fall dates of “The Storyteller Tour” at www.aeglive.com. For information on fan club and VIP packages go to www.carrieunderwood.fm.

Each of Carrie’s three previous headline arena tours, 2008’s “Carnival Ride Tour,” the “Play On Tour” in 2010, and 2012-2013’s “Blown Away Tour” played for over one million fans. When the “Blown Away Tour” wrapped in 2013, Carrie had performed 112 shows in 110 cities across three continents and six countries, including sold-out shows at London’s prestigious Royal Albert Hall, and two nights at the Sydney Opera House in Sydney, Australia.