Nashville, TN – (October 27, 2015) – Seven-time Grammy winner and Pollstar’s three-time top female country touring artist, Carrie Underwood, who just released her fifth studio album, Storyteller, will launch a new arena tour in 2016 to take her new music on the road. The Storyteller Tour -Stories in the Round, in association with award-winning cosmetics brand ALMAY, will kick off on January 30 in Jacksonville, Florida, playing 40 arenas across the U.S. and Canada.

“I can’t wait to play new music from Storyteller for the fans,” shares Underwood. “I am so blessed to have this career and get to do to the things I do, but there is nothing like that moment when I get to step onto the stage to sing and all the fans are singing along with me.” 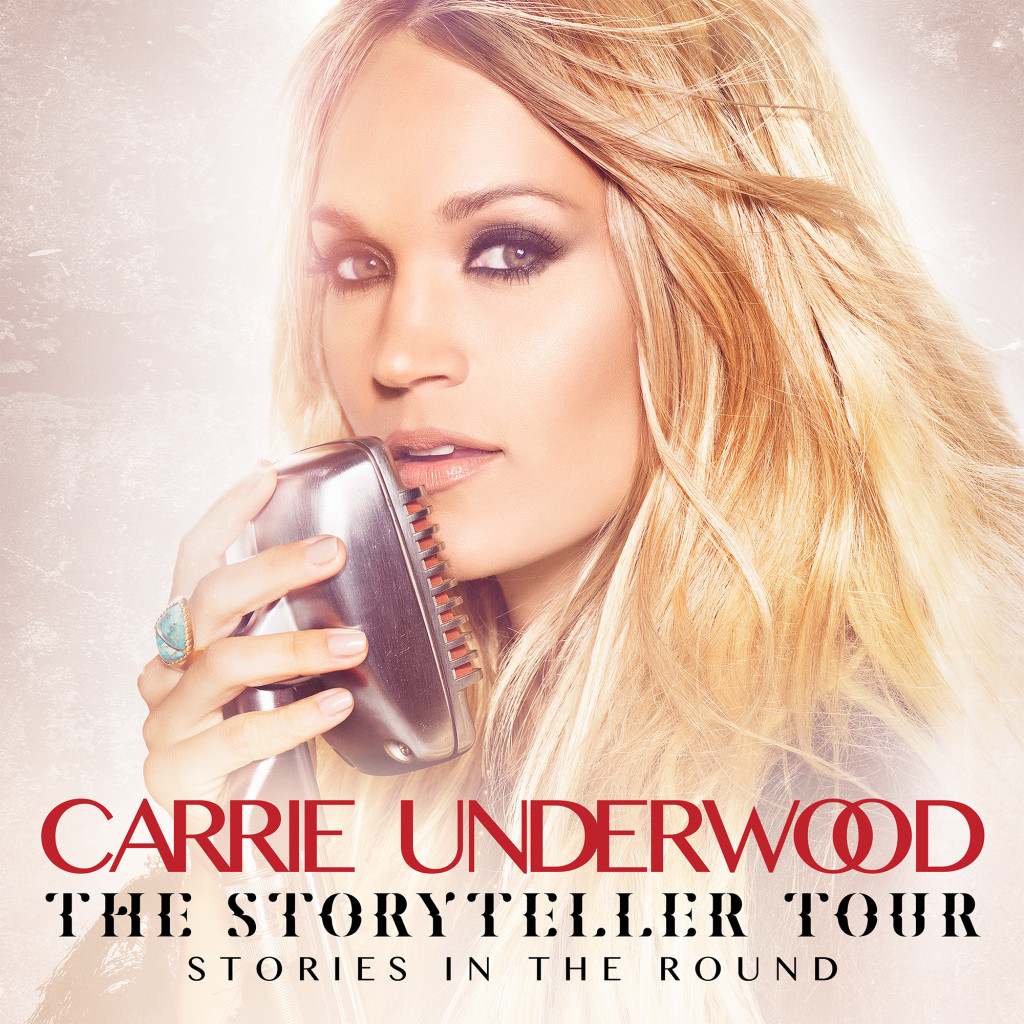 The Storyteller Tour – Stories in the Round will be Underwood’s first tour “in the round.”  With the stage in the middle of the arena floor, the 360-degree setting will allow fans on all sides of the arena to get a very intimate and unique concert experience.  Barry Lather (Rihanna, Mariah Carey, Usher, Michael Jackson) is the tour’s Creative Director and Butch Allen (Metallica, The Eagles, Eric Church, No Doubt) is Production Designer.

The North American tour, promoted by AEG Live, will include special guests Easton Corbin and The Swon Brothers. Tickets will be available forThe Storyteller Tour beginning Friday, November 6 at 10am local time at www.aeglive.com. Fans who buy Carrie’s new album, Storyteller, through her online store, www.carrieunderwood.fm, will receive a code for early access to tour tickets. Please go to www.carrieunderwood.fm for up-to-date information including on-sale timing and soon-to-be-announced VIP packages.

Underwood has arranged for a donation of $1 from each ticket sold at the U.S. dates of The Storyteller Tour to be contributed to the C.A.T.S Foundation to help aid its causes including Checotah, Oklahoma’s education and literacy programs. Established in 2009, the C.A.T.S. (Checotah Animal, Town, and School) Foundation helps with general causes, needs, and services in the area of Checotah, Oklahoma, Carrie’s hometown, to directly impact the community.

Underwood also has previously-announced festivals scheduled in 2016, including international dates in Ireland, England, and Scotland for the C2C Festival.

Each of Carrie’s three previous headline arena tours, 2008’s Carnival Ride Tour, the Play On Tour in 2010, and 2012-2013’s Blown Away Tour played for over one million fans. When the “Blown Away Tour” wrapped in 2013, Carrie had performed 112 shows in 110 cities across three continents and six countries, including sold-out shows at London’s prestigious Royal Albert Hall, and two nights at the Sydney Opera House in Sydney, Australia.

Carrie’s new album, Storyteller, has been heralded by Rolling Stone as “the most anticipated country album of the year.” The album was produced by Jay Joyce, Mark Bright, and Zach Crowell with six of its 13 songs co-written by Carrie, including the record-breaking first single, “Smoke Break.”